Remember those cool games in the 80’s where you shot everything in sight? Those were the best games. The music was sometimes pretty cool too - and made even better when bought into the present with some MASSIVE GUITARS. 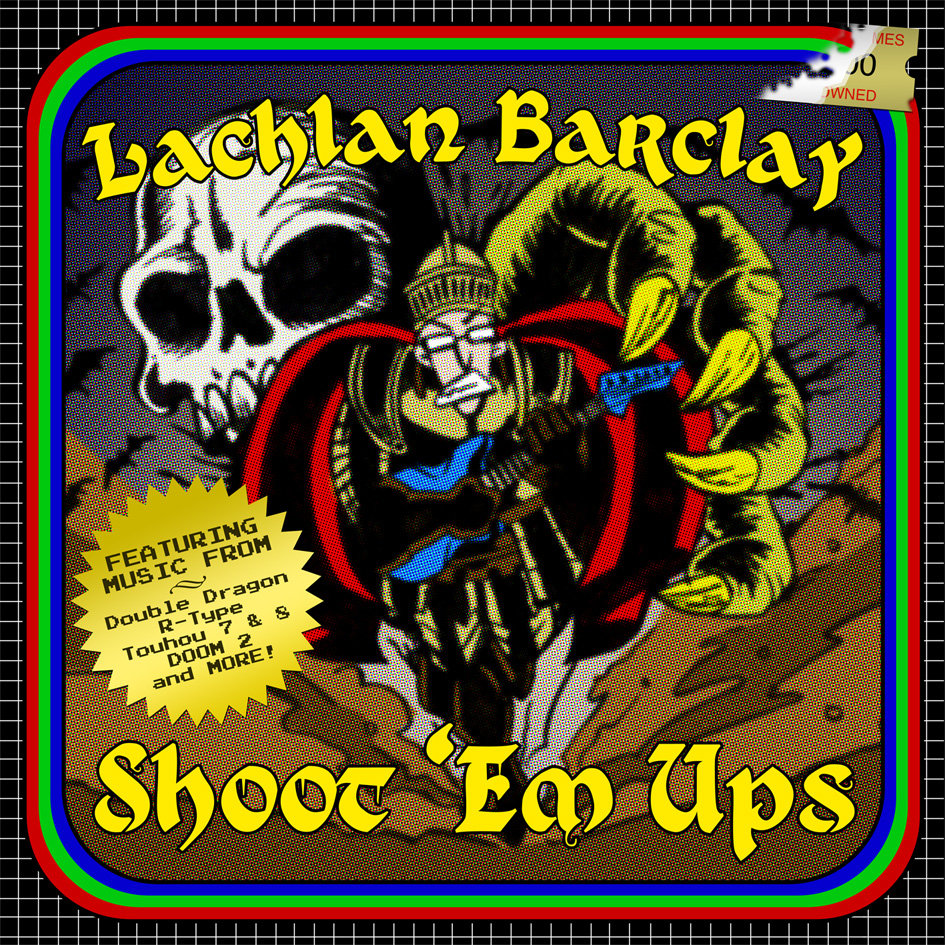 This is the first song that I’d recorded in a while. I went for a different approach with contrasting between the clean guitars and then the monstrously heavy 7-string, and then back to the acoustic. Compositionally wise it’s pretty simple, just repeating the main melody 3 times, but it’s the arrangement that (hopefully) makes it interesting. Ideally I would have liked to expand the heavy section, but in a short burst it leaves you wanting more.

It’s very hard to do justice to the original with this version, so I went for an electronic drum sound similarly to the original, but threw in a keyboard solo at the end because I found such a rad patch. No I can’t play the keyboard for nuts. Not yet anyway.

Phew, the first monster. I really wanted to do at least one song from R-Type, so I downloaded all of the music and listened to a bunch of them.. then decided, the more the better right?? So what we’ve got here is about 5 or 6 stages all thrown together. It was a bit of a nightmare trying to piece them all together into one coherent bit of music - so I basically separated it into medium tempo and fast tempo ones. I’m really proud of the first 40 seconds because that’s where the weird time signatures occur! (Though it’s all a matter of interpretation, you could argue that it’s all 4/4… Mike and I disagree). I decided to do a videoclip for this one:


4. Eat Your Vegetables (Commander Keen 4) - 01:57
I borrowed a friends awesome Warwick bass for a few of these songs and wanted to make good use of it. After playing through Commander Keen 4 for the seven hundreds time (classic game, much better then all the Mario’s combined) I decided to do a cover of the super sleazy sounding “Blowfish Tune”. It took a while to come up with a good arrangement, and I ended up sticking with almost exactly the same instrumentation as the original, minus a few things. Keeping it sparse added a real cool factor to it.

In-tune with the game, this one was devilishly hard. The original is such a fantastic song that doing a cover of it seemed like a tragedy… so I ended up doing a bit of both. Most of the song is actually there in the background so this is almost a re-mix not a cover!

I’ve loved this song for years, all the way back to playing Doom 2 on my 486 DX40. It’s actually just a really simple 12 bar blues. I tried to replicate the original almost exactly here - even making sure the triplet echo’s on the guitar were spot on. For this tune I miked up the amp instead of using Amplitube - what do you think of the tone?


You can download the Shoot Em Ups Album for free!