A few years ago I bought this wonderful amplifier emulator: 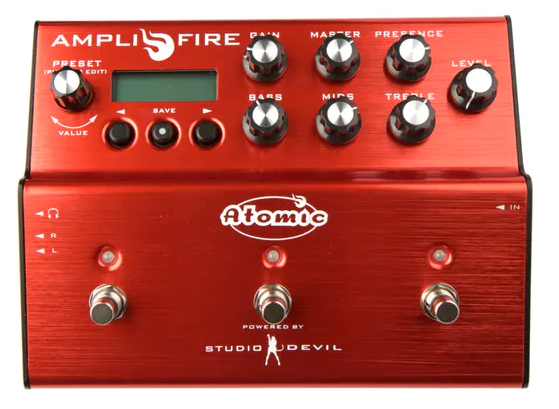 This is a great unit for plugging your guitar directly into a PA and emulating the sound of modern guitar amplifiers. There's just one problem... it only has 3 buttons on the front!

What I'd love is some more buttons. Fortunately this unit has a MIDI "in" plug. I could always buy a device like this one... but where's the fun in that? I wonder if it would be possible to build my own?

So, I bought a simple arduino kit and started trying to piece something together. What I wanted to build was a device that has two buttons, one for patch change "next" and one for patch change "previous", and another that displays the current patch number in a 7-segment display. Fortunately I've done a little bit of electronics in my life, so I managed to build a prototype: 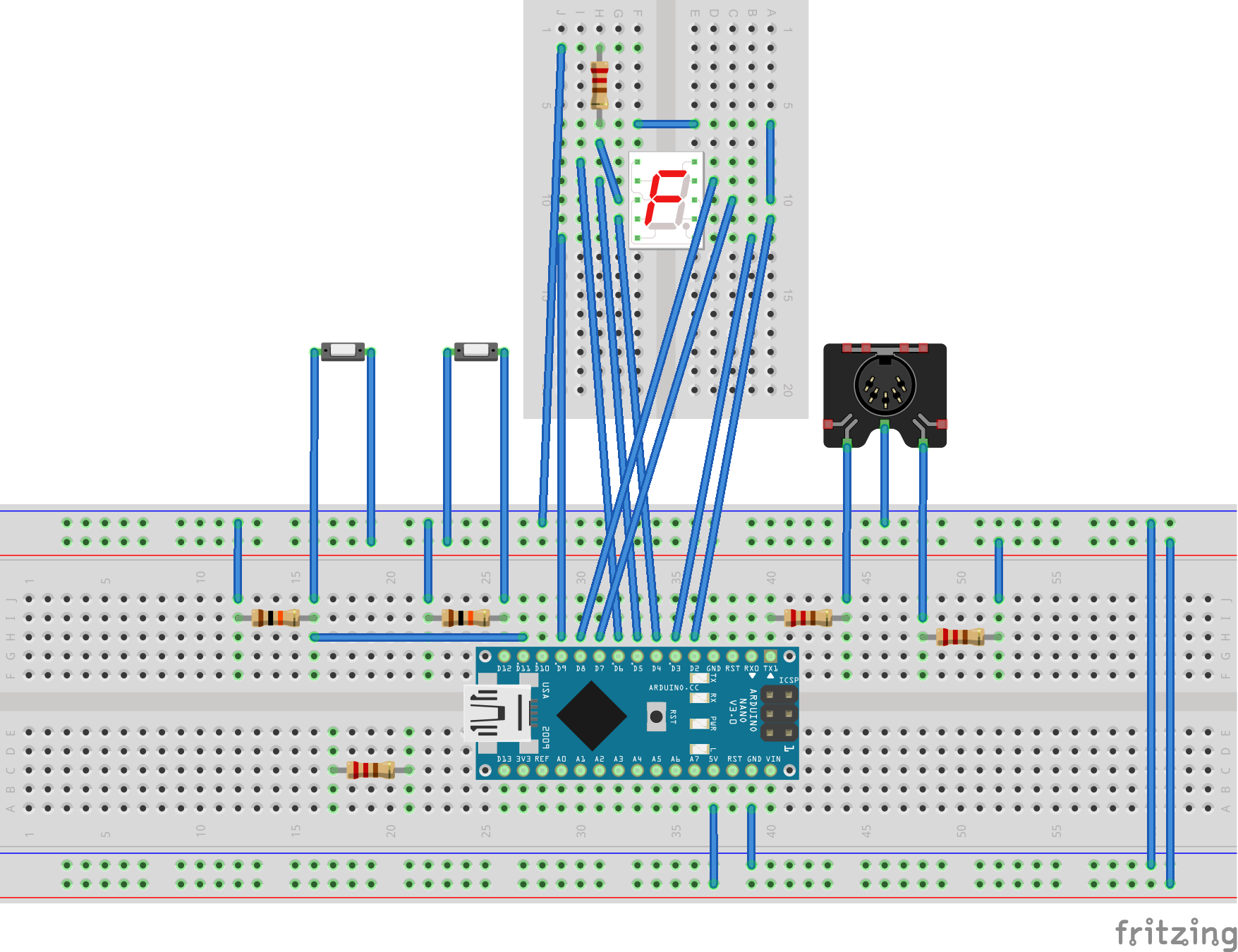 The code is written in some weird variant of c named 'processing', and I've put up my code on github. So here's the first attempt at hooking it up to my old POD HD500 pedal:

Miracle of miracles, it works! The next step is to mount it in a box. After a bit of stuffing around I decided to not use the 7-segment display as it really wasn't necessary (and too difficult to mount inside the box given my primitive tooks :). Here it is hooked up to the amplifire:

I mounted a little on/off switch on top of the box so that the battery isn't wasted, and I added a red LED so you could tell when the device was turned on. I also forgot to add a resistor to the power-on LED so it shines a bit too brightly :) But apart from that, it works great! I've since used it for a few gigs.

Update - A few years later I stumbled across Dylan Beattie's Piedriot, who tackled a related problem of wanting to build a footswitcher for his PC. He ended up going down the raspberry pi + USB route. His metal casing is awesome - I just stuck with a plastic box as I don't have the tools to work with steel.. but boy is that tempting!