This is a photo of my Dad's 1981 Noyce archtop guitar: 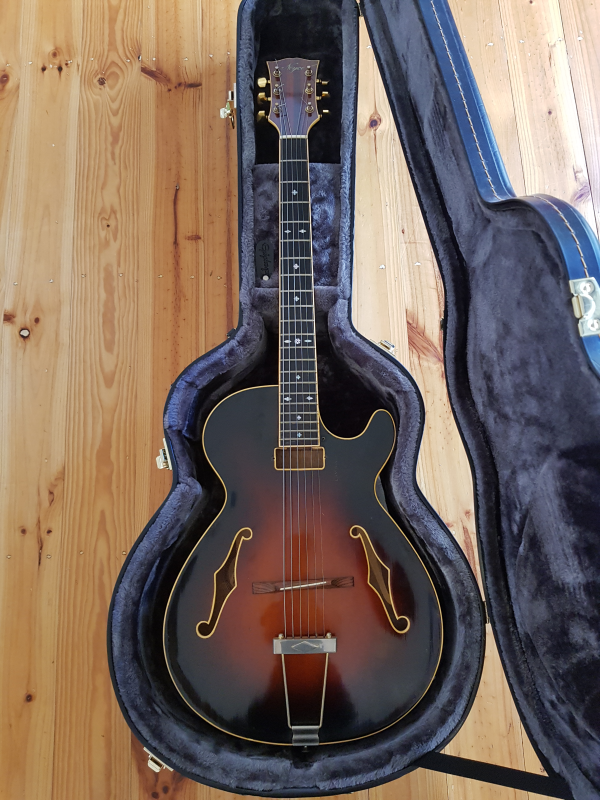 As you can see, it's a beautiful thing. Sounds amazing and super easy to play. It's all fantastic, until you go to plug the guitar in, and you see this: 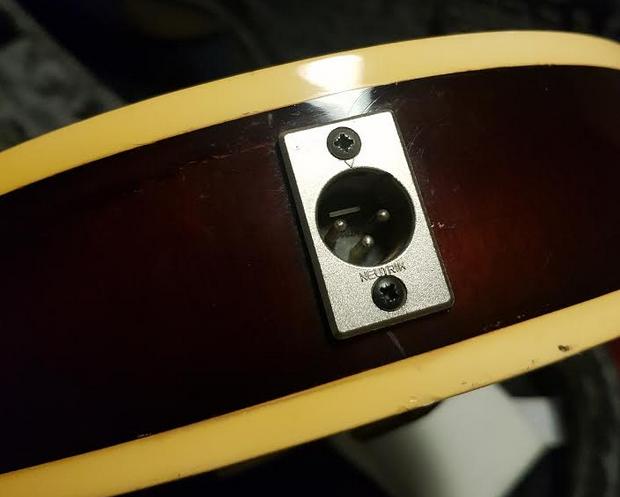 When the guitar was originally made, an active EMG pickup was installed. Apparently at the time EMG were a pretty new company! I asked on reddit and apparently I needed to look underneath the pickup to see what it was. So after a bit of screwing this is what I found: 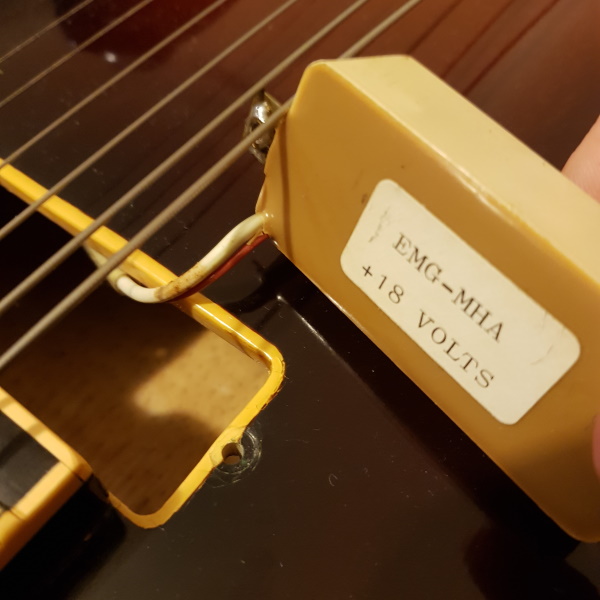 I couldn't find anything about this pickup online, but I think "A" stands for Alnico.

Now because the pickup needed two 9v batteries, instead of adding a large cavity to the body of the guitar and risking reduced resonance, way back in 1981 a crafty solution was comprised.

Instead of the usual setup for an active pickup with one volume knob, which should look like this: 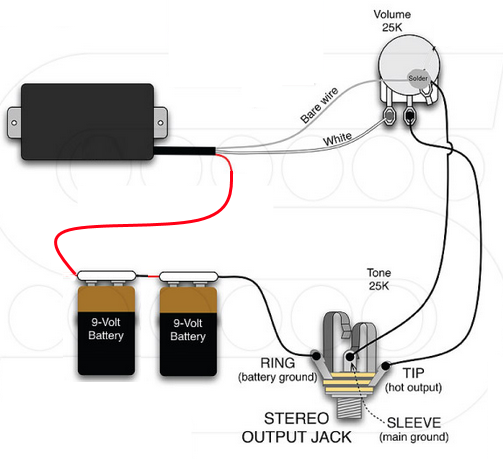 They decided to get rid of the batteries, and replace the stereo output jack with an XLR output jack: 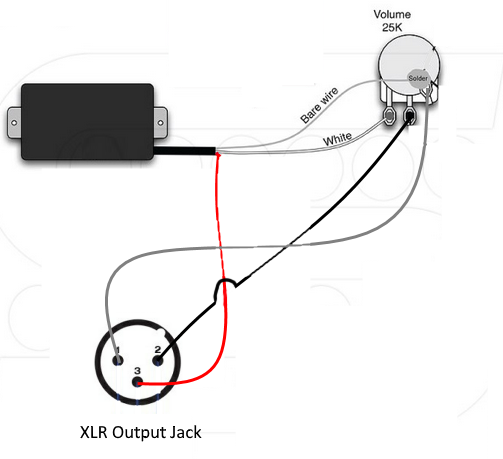 And then run the output from the XLR, via a microphone lead, into a little box that contained the batteries, and converted it to a normal 1/4" output jack: 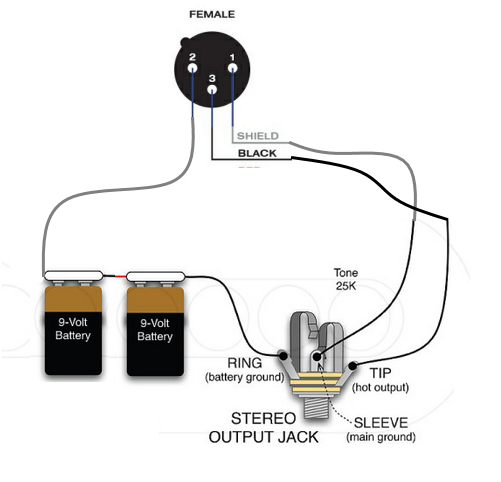 So that's how everything was wired up.

It was great and worked for about 10 years until the infamous "guitar drop" incident. During a gig the strap came loose, and the back of the guitar came crashing to the floor, causing a massive crack and killing the electronics. He got the crack repaired but not the pickup.

A few months back my Dad asked if I could fix his guitar. I know enough to be dangerous, and I knew that I couldn't make it any worse, so I've spent the past few weeks detectorising all of the the above.

My first thought was perhaps it was just the volume knob. It had an 'interesting' soldering job: 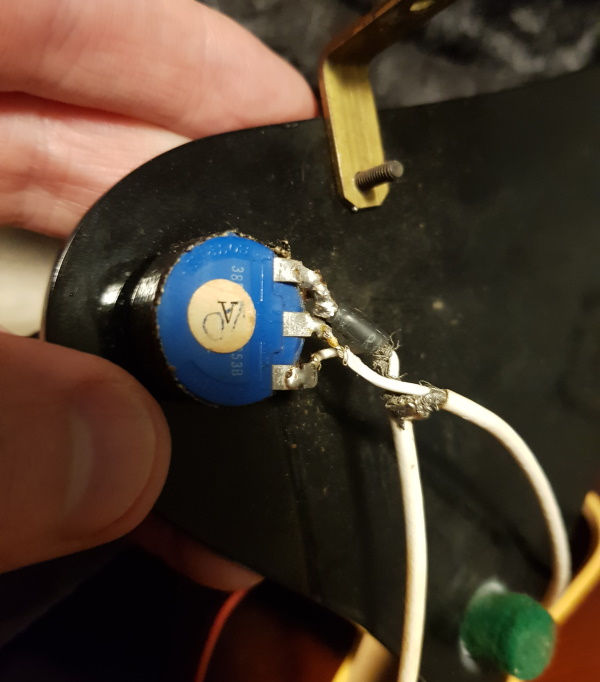 So I bought a replacement pot, soldered it in, but no luck. Still no worky.

I couldn't think of what else to do, so I took all of the electronics out of the guitar just to see if I could make the pickup work. I soldered the pickup to a new volume knob, put two batteries in series, held the pickup above some guitar strings, and to my great surprise, it worked! Here's a quick video showing it up and running:

So the pickup wasn't stuffed. Great news. Now to make it work.

My first thought was to get rid of the active pickup! Most archtop guitars have passive pickups, but my Dad really liked the sound of this one so we were stuck with it. I tried running the pickup on 9v, and it worked fine, so I suggested putting in a 9V battery box inside the guitar, but Dad didn't want any major surgery done. 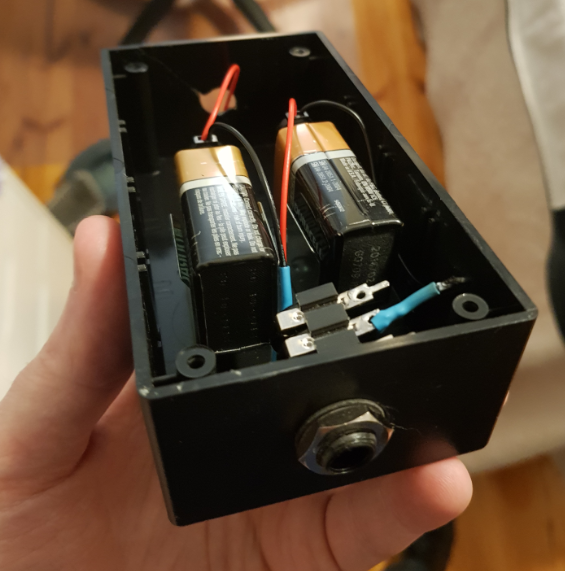 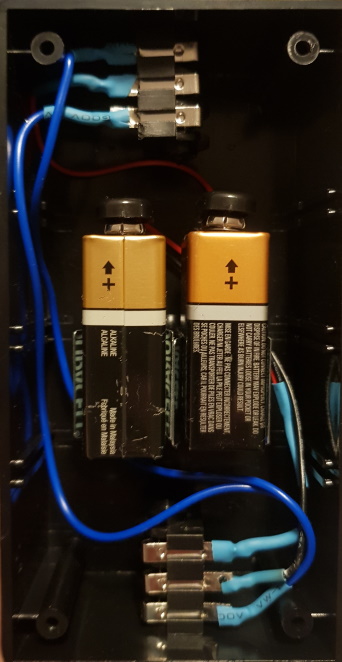 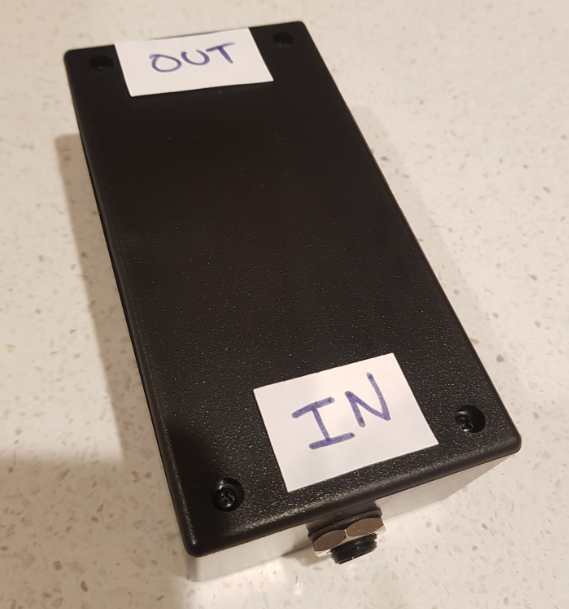 And I ordered a new stereo output jack and plate and put them inside the guitar, hooking it up to the new volume knob, and replacing the pickup wiring as well. The output jack looked much better: 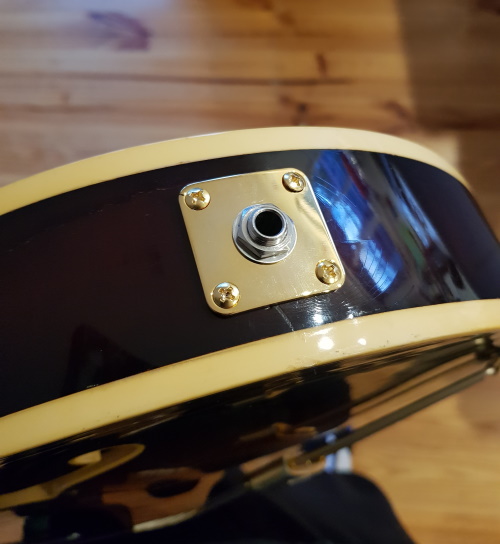 Then time for the final test:

What a stroke of luck, it actually works! I almost gave up about 5 times while working on this project, but I got there in the end. Now to start learning how to play jazz :)