So for the past few months I’ve been getting into DDR on the Wii. It’s great fun and I’m getting pretty good, and what I really need now is to be able to slow down the game to practice some of the faster, trickier sections. But… the game doesn’t support that.

Fortunately StepMania does, but it only runs on a PC, so to be able to play it there, I need a dance pad that I can plug in via USB.

Unfortunately in Australia they are crazy expensive. The one to get is the L-TEK hard pad from Poland. However that will cost me like $550.

Luckily, I found the DDR A Game pad on marketplace: 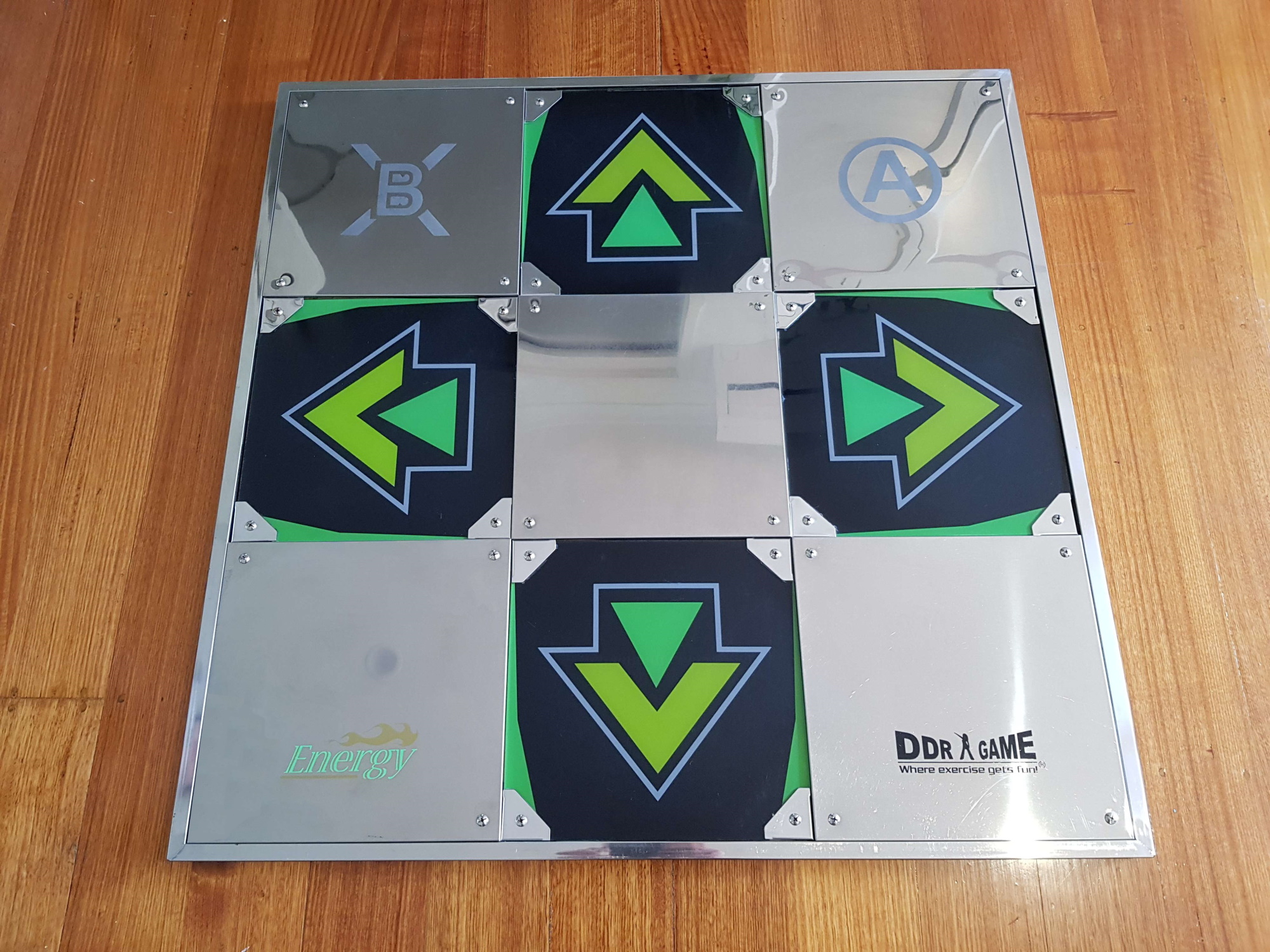 While it looks cool - these particular pads don’t have the best reviews. Apparently they aren’t made particularly well.. but hey, how hard can it be to improve? I also had no idea if it worked, but really… it’s just a bunch of buttons. So I bought it.

The connector at the top of the pad is a “VGA” port (technically a DE-15 d-sub, and it seems like you can buy different connectors for it so that you can plug your pad into a PC, or a PS-2, or a wii, etc. So yeah, I could just buy the right one online, but where’s the fun in that? Maybe I can build one myself using an Arduino and have lots of fun in the process?

After a bit of poking around the VGA connector with a multimeter, I found that the middle pin is the ground, and the pads are just simple switches hooked up to individual pins. So all I needed was to connect it up to an Arduino and make it simulate a keyboard.

Here’s my first attempt, I bought a male VGA plug, soldered up the connectors and plugged them into an Arduino Uno: 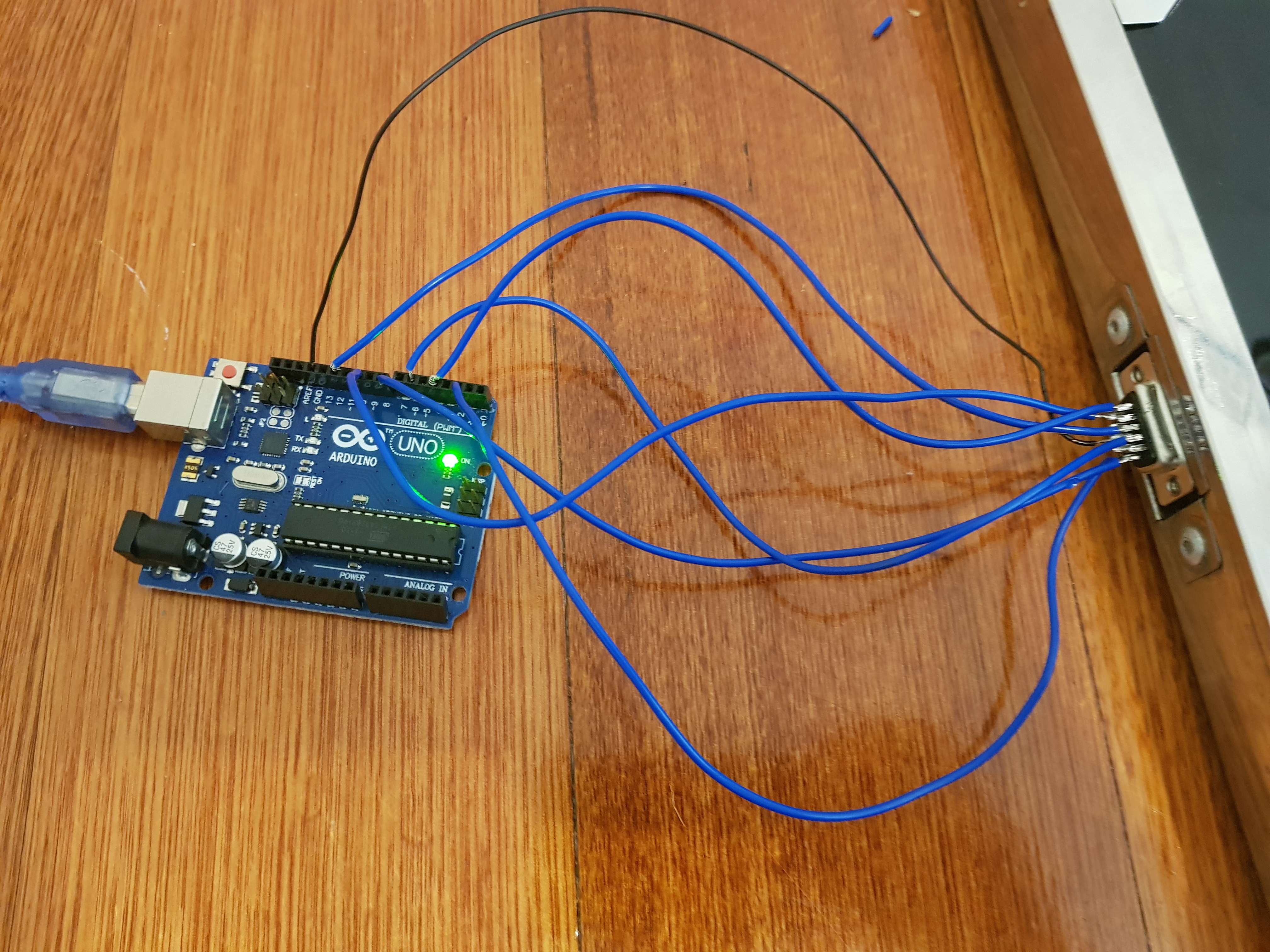 And then I programmed it to light up the onboard LED whenever a button is pressed:

Woo! All the pads/buttons seem to work ok!

All I need now is to emulate a USB keyboard from the Arduino… but it turns out that an Arduino Uno can’t emulate a USB device, what I needed was an Arduino Leonardo. So I bought one of them, wired it up: 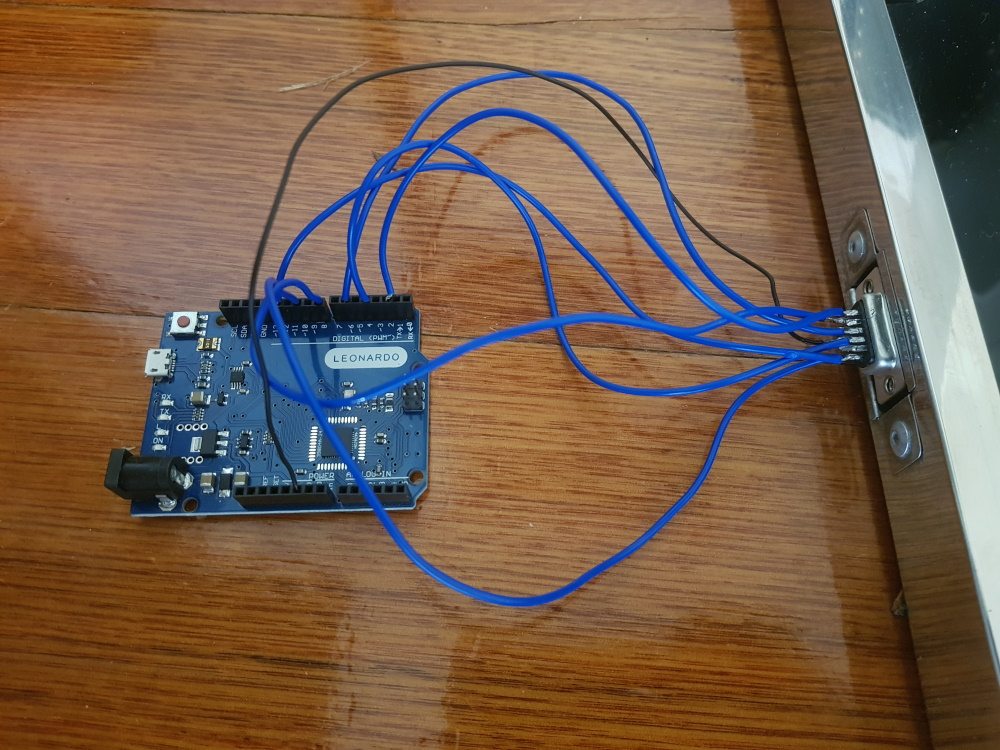 And wrote some code to emulate keyboard presses:

Here’s a link to the code in github if anyone needs it: https://github.com/rocklan/ddr-dance-pad.

So what’s the moral of the story? Building stuff yourself is fun. Don’t be afraid to try!